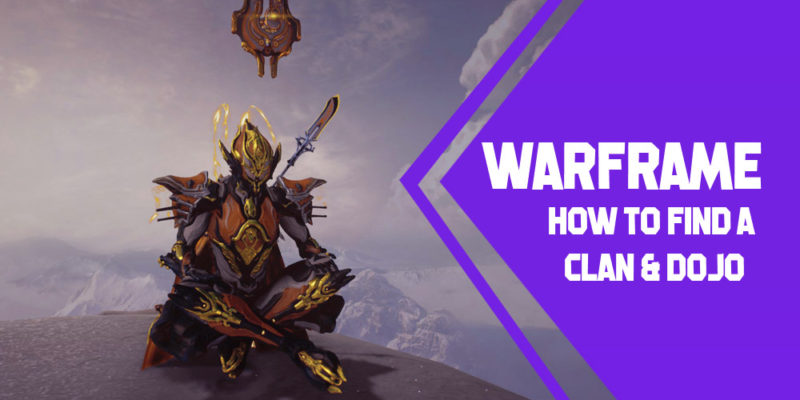 Clans are one of the best parts of Warframe. Once you join a clan, you not only get to team up with players to run missions more easily but you also get access to a bunch of cool stuff. Like clan research and a Dojo.

Benefits Of Joining A Warframe Clan

There are many benefits to joining a clan, but the main purpose of a clan is to get access to the Dojo. The Dojo is an open space inside the clan where you get to run around and interact with people as well as do other stuff like contribute to clan development and access clan research labs.

Clan research labs give you access to some of the coolest weapons and Warframes that you can acquire from normal missions, like Wukong and Ignis Wraith.

As you can imagine, finding a clan is a crucial part of progressing through the game. Check out the tour of the clan I’m in right now to get a closer look at what to expect. Keep in mind that the interior will be different from clan to clan.

How To Join A Warframe Clan

Once you reach Mastery Rank 2, you can join a clan and start trading. However, I’d recommend that you wait until you’re at least rank 5 to join a clan. At this level, you’ll be able to contribute to the clan without just joining to sponge off of other player’s hard work.

Without further ado, let’s get to the part why you came here.

The easiest and the best way to join a clan is to use the Warframe Discord server. Joining this server will allow you to not only join a clan but also to find other squads to do difficult missions and connect with new friends as well. 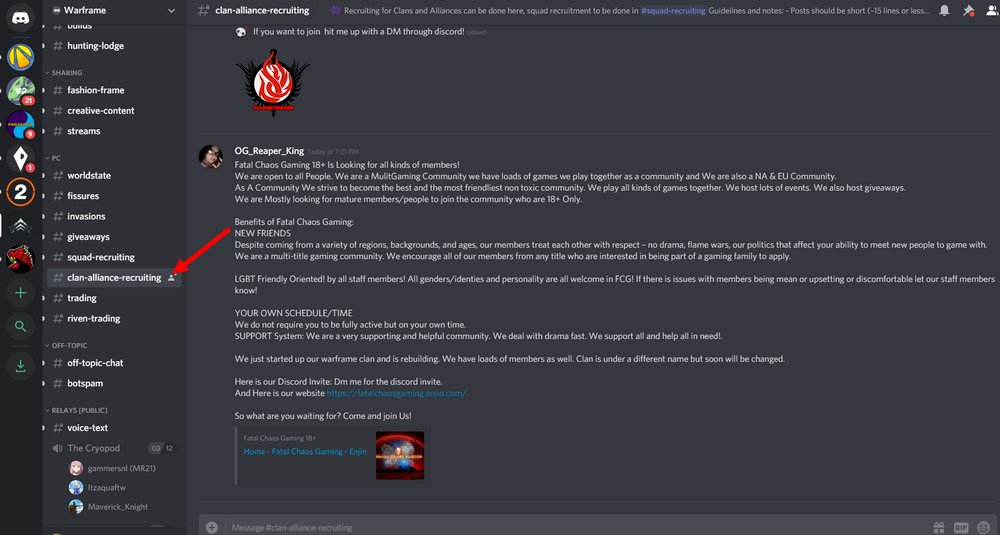 Most clans will have Mastery Rank requirements and they will also kick you from the clan if you’re inactive for a certain period of time. Be sure to read their rules and requirements before joining.

The other way to join a clan can be a bit time-consuming and there’s a lot of waiting around. 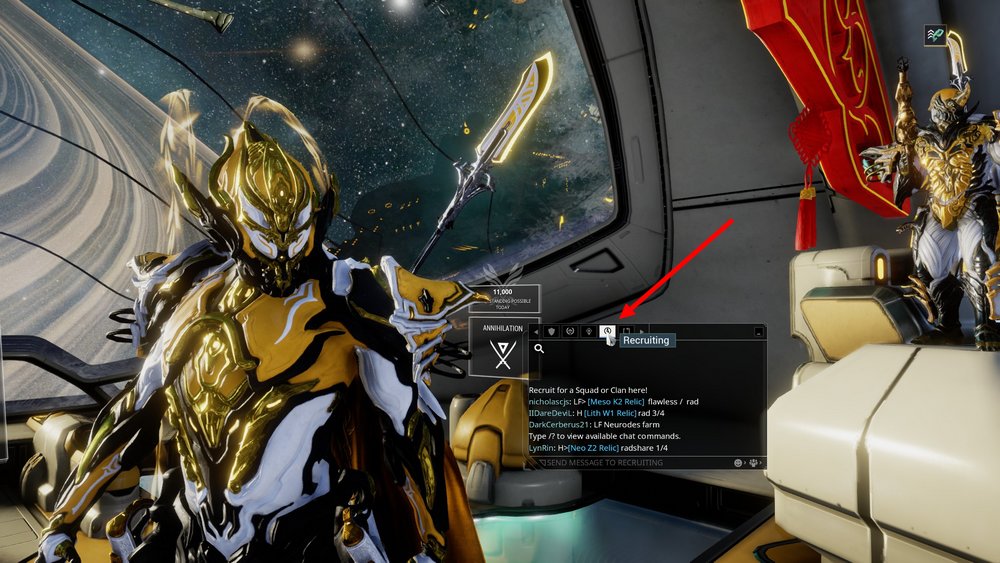 This method involves using the Recruitment chat in the game. You can simply Press T key on your keyboard to open chat and Press Tab to switch to the Recruitment tab. Here you can enter a message saying you need a clan or talk to someone who recruiting for a clan.

Another method that I didn’t mention is that you can also create a clan by yourself. But, it’s not really a good idea.

Creating a new clan won’t give you access to any of the good stuff like research labs since they need to be built from scratch by finding resources. Unless you have a team of friends to help you build the clan, it’s just not a good use of your time.

GENSHIN IMPACT: How To Get Wishes & Primogems For Free (7 Easy Methods)