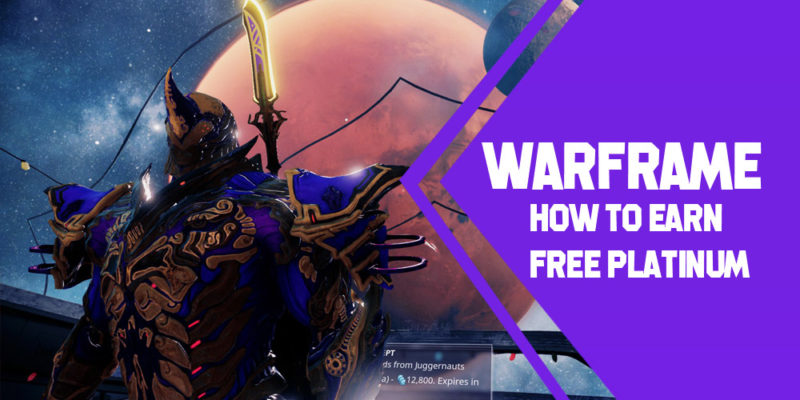 Platinum is the premium currency used in Warframe to buy various utilities like weapon slots, character slots, and color palettes.

While I normally don’t like spending real money to buy digital currencies, I did spend some to buy Platinum in Warframe. Mainly because I spent hundreds of hours in this free-to-play game and I wanted to support the developers.

But of course, there are other ways you can earn Platinum for free in Warframe without spending any real money.

In this guide, I’ll show you 2 easy methods you can use to earn Platinum in Warframe for free.

Is Warframe A Pay To Win Game?

Platinum is the premium currency available in Warframe that you can buy with real money to purchase microtransactions in the game.

But, Warframe doesn’t lock content behind paywalls. Everything is accessible to free players. Microtransactions are only for speeding up progress.

Warframe lets you buy lots of things using Platinum, including cosmetics for your Warframes and boosters for gathering resources much faster. In addition, you can also use Platinum to buy new Warframes and mods without even having to finish some of the main missions.

This, of course, makes some people mad about the game. But, the truth is, if you’re a fan of the grind like me, you can still grind to earn Platinum in Warframe while doing in-game activities.

One of the most popular ways of making Platinum in Warframe is selling Prime items such as Prime Warframe blueprints and weapon parts through the trade chat and marketplace.

A Prime Warframe set usually goes for over 200 Platinum and even more, depending on its popularity. You can easily farm all these Warframe parts within a couple of hours of doing void fissure missions. 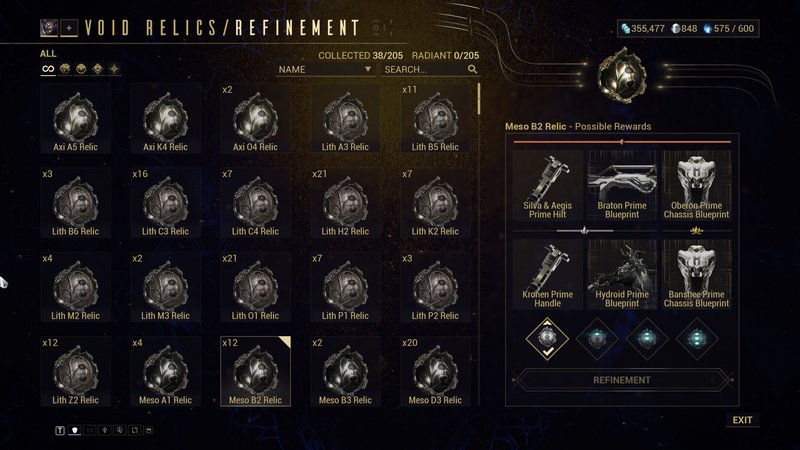 Prime Warframes and weapons are earned by opening Void relics. You can get these egg-like objects when you complete specific types of missions.

To find the parts of a Warframe you need to find the specific Void relics that contain those parts and open them by completing Void fissure missions. 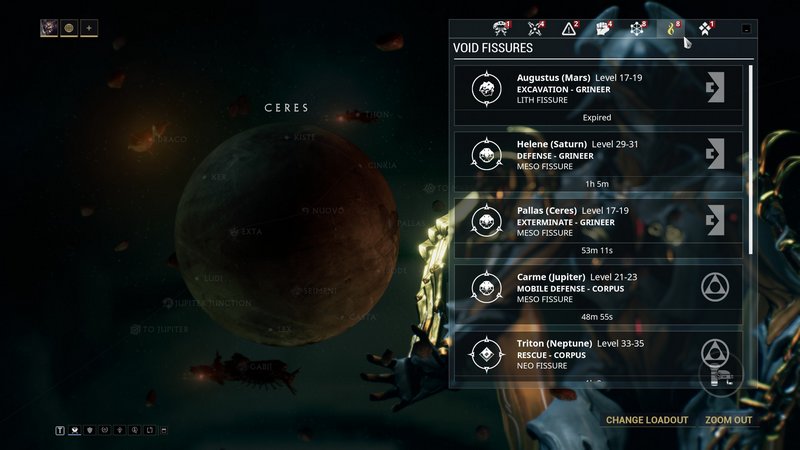 You can find out which void relics are required for a prime Warframe and where to farm them by using the Codex. Open the Codex, switch to Universe tab and open Relics and Arcanes. 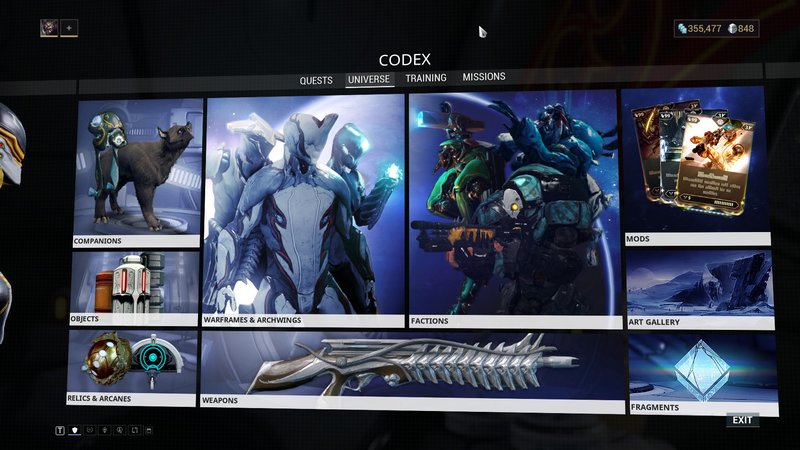 Here you can search for the Warframe you want to build. It will then show you the list of Void relics you’ll need. Clicking on each relic will show you the missions for farming those relics (see video for guidance).

Once you have the relics you need, use the Recruiting tab in the chat to find a squad that’s opening relics of the same type. Then play some Void fissure missions with your squad to open the relics and find the Prime parts.

It will take a couple of hours of gameplay, but when you got all the parts for the Warframe or weapon, you can sell it for a good price.

There are 3 ways to sell items in Warframe:

It’s worth noting that some of the recently released standard weapons and warframes have been made tradeable. This means you can acquire these frames and weapons without having to grind for the Void relics and sell them right away.

Farming and selling Warframes is the best way to earn the most Platinum. But, there’s a much easier way to earn Platinum in Warframe. That’s Flipping!

The concept of Flipping is buying something for cheap and selling it for a higher price for profit. Warframe Market usually has items for sale at much lower prices than what sellers ask for in trade chat.

Here’s how it work: 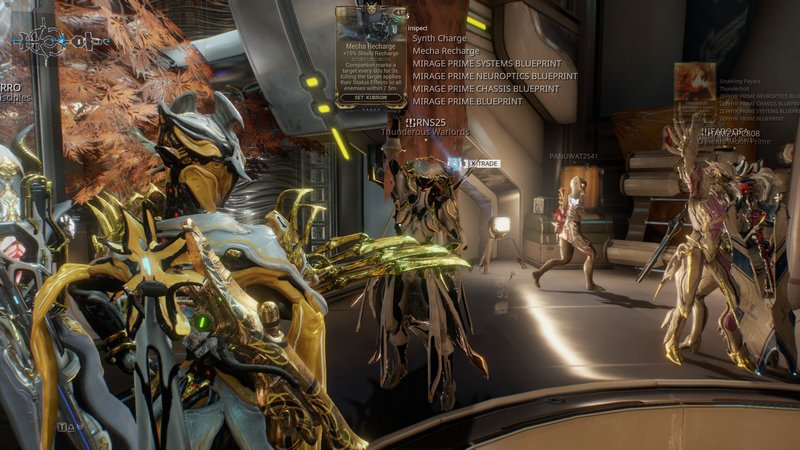 Now, don’t be greedy and ask for absurd amounts of Platinum. Be reasonable. If you bought an item in the Market for 50p sell it for 65p.

A good strategy is to grab a Prime set when it’s cheap and wait for it to be vaulted. And then you can sell it for a higher price.

Especially when a prime frame is vaulted, the prices go up.

The only downside is that this method requires a little bit of investment. What I mean by that is you’ll need to have some Platinum in your hand to buy the items from the market.

You get 50p for free with your account. Use that Platinum as the initial investment. Or earn some by farming and selling prime parts.

Or, Wait For A Sale

If you’d rather not spend hours in the game grinding for stuff and resell them, you could wait for a sale to grab some platinum for cash.

Platinum goes on sale on PC all the time. Well, it’s not exactly a sale but discounts. Whenever you stay away from playing Warframe and return to the game after a while, there will be a big Platinum discount waiting for you.

I usually get a 75% discount whenever I return to the game after a long break. With this discount, you could easily buy 1K Platinum for around $12 bucks.

Warframe is a completely free game and if you’ve got past 50 hours in the game and still enjoy playing it, there’s no shame in spending $12 bucks on the game. You’ll be helping out the devs to keep the game alive as well.

Platinum rarely goes on sale on consoles. But they do offer 50% discounts occasionally, especially during big events and Warframe anniversary celebrations.

This incredible in-game economy is one of the reasons I’ve been so addicted to Warframe. I can’t seem to get enough of it. Just be careful not to get addicted to selling and turn the game into a business.

Do you know any other methods for earning Platinum for free? Leave a comment and let me know.

DYING LIGHT 2: How To Repair Weapons