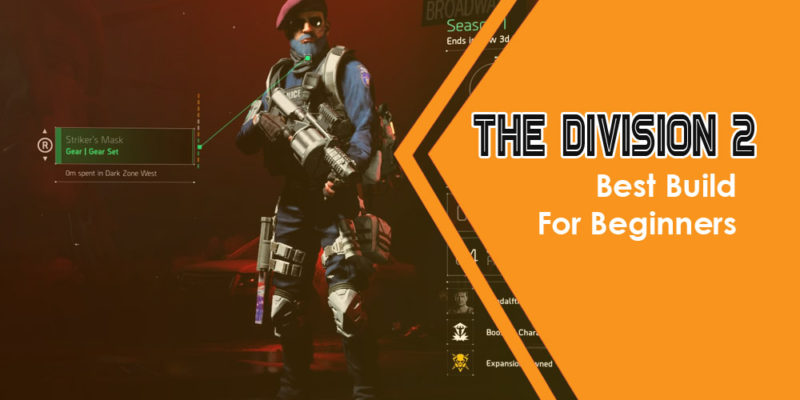 Want to learn how to make a Division 2 solo build to take down named enemies like pieces of cardboard? Then you’ve come to the right place.

In this guide, I’ll show you exactly how to create a solo build to survive Division 2 beyond the main campaign and keep plowing through enemies in the endgame.

Even though the developers have pretty much stopped supporting the game, many looter-shooter fans are still playing Division 2. And you can expect another new expansion pretty soon too.

While you wait for new content, let’s get you equipped with a better build.

Note: This build assumes that you have completed the main campaign of Division 2 and leveled up to 40. This build is for surviving endgame, replaying missions, and completing the season events. And it works for Warlords of New York as well.

Who Is This Build For?

I played most of Division 2 solo all by myself. So I managed to experiment and find a build that worked best for me. I call it the Lone Wolf Build.

For this build, I went with a balance of skill and damage. It will help you take down named enemies like regular enemies. And survive the battlefield at the same time.

Here’s an overview of the build. 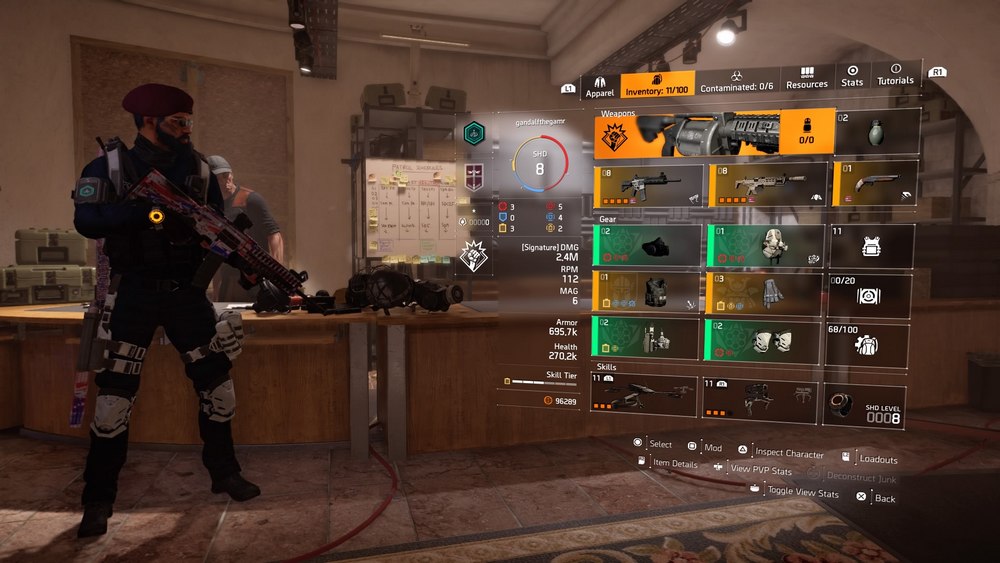 Note that this build is purely for PVE only. It’s not optimized for the Dark Zone. I’m yet to experiment with the Dark Zone and will post a new guide once I have something that works.

In each section below, I will detail how to optimize the build for each element in your gear. Let’s get started.

Which Gear Should You Get?

Normally, when you equip a gear you look at the base stats like weapon damage and other attributes in a gear item. But, what you miss out on is how gear affects Core Attributes.

Core Attributes play a key role in how well your skills work and how much damage you deal to enemies. Core attributes can be seen on the top-right-hand side of the inventory page. The Red icon stands for Damage, Blue for Shield, and Yellow for Skills.

Different gear items have different core attributes. Some add points to the Damage attribute, while others for the Skill attribute, or Shield.

For this build, I went for 3 points for the Skills and 3 for Damage. I managed to do this by equipping 3 gear items with Skill points and 3 others with Damage points.

Now, I’m using 4 items from a gear set and 2 legendary items. I actually had to recalibrate an item from the gear set to add a point to Skill core. 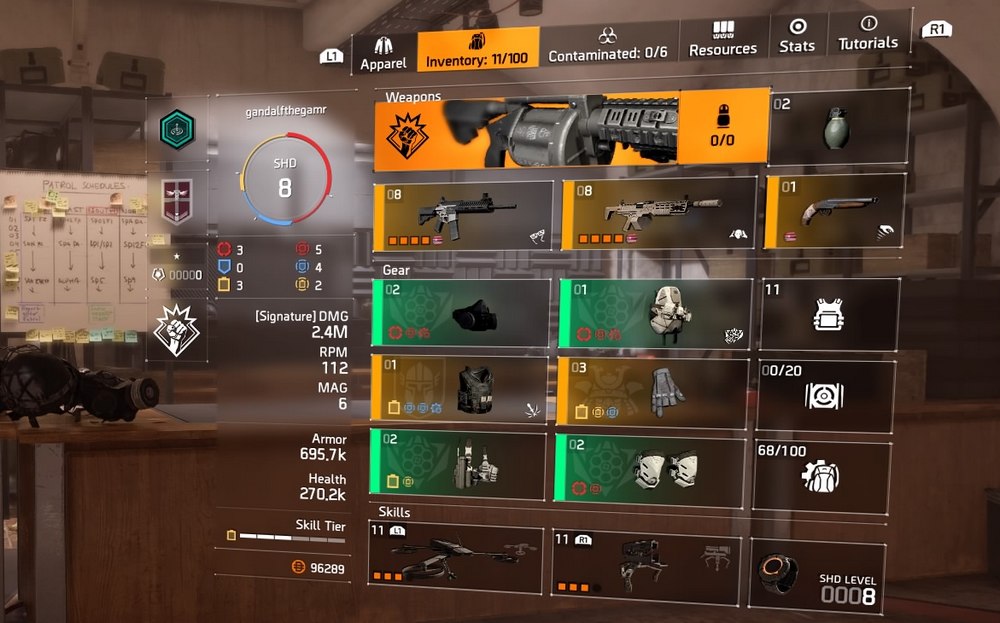 The gear set items I have are from the Striker gear I got from the Season 1 pass. This comes free with the Warlords of New York expansion. This gear set improves weapon handling, weapon damage, and improves weapon fire rates. It also adds stacks of damage whenever I hit an enemy.

Again, you don’t need the exact gear pieces I’ve equipped. All you need to do is recalibrate the pieces you have.

So to sum up, it doesn’t matter what type of gear you have or use. As long as you use gear that adds 3 points each to both Skill and Damage Core Attributes.

Which Skills To Activate?

Skills have a bigger role in this build. It’s why I added 3 points to the Skill core.

Of course, you have the freedom to choose whatever skill you prefer, but for this build, I went with two skills that kept me alive throughout the game. 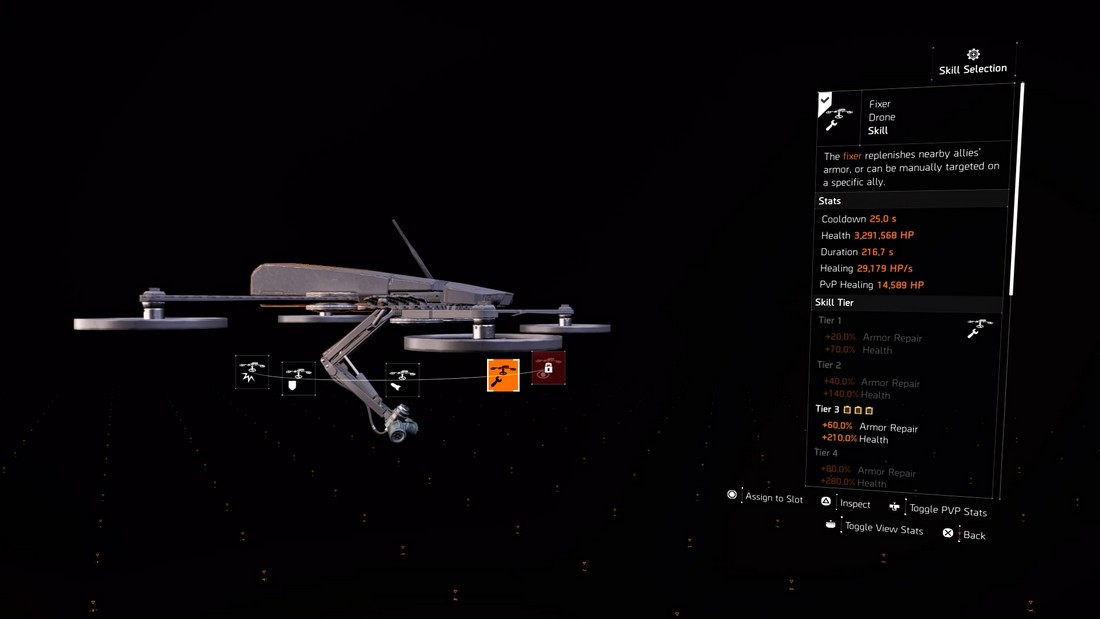 First, unlock the shield repair drone AKA Fixer Drone. When activated, it will continuously repair your shield whenever you’re taking damage. This is literally a lifesaver. 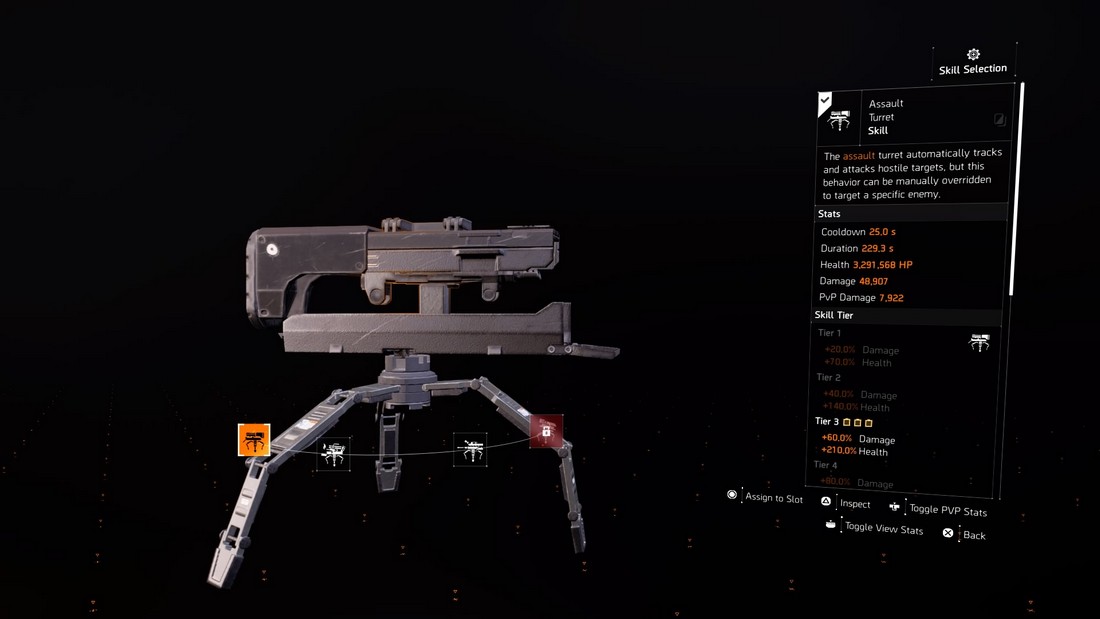 For the second skill, you can choose whatever damage skill you like. I went for the gun turret as it does the most damage for a long period of time. Plus, it acts as a good bait to distract Elite enemies too.

With 3 points in the Skill core, the skill will do 60% damage/repairing.

Feel free to equip any weapon you like. I know different players prefer different weapons. So choose whatever fits your playstyle.

Personally, I go with an LMG and an AR. For this build, I got the Stoner LAMG and Glory Daze AR from the Season 1 pass. Carbine 7 is also a good option.

You can get both Stoner LAMG and Carbine 7 from completing expeditions. So they are the easiest weapons to acquire.

To be frank, I haven’t had the chance to test all the signature weapons yet. But, I did manage to test most of them. And I decided to settle with the grenade launcher. 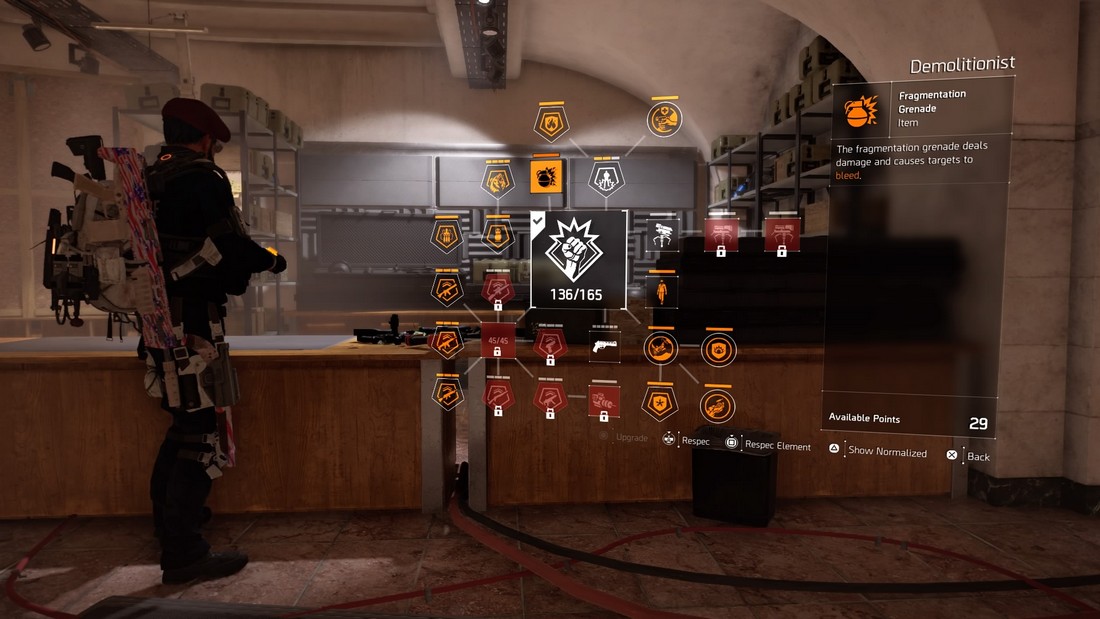 It actually does the most damage in the shortest time. And it’s easy to use.

Of course, you can choose whatever signature weapon/specialization you want. Keep in mind that specific points you activate in the Specialization tab will add to your build as well. For example, in the Demolitionist tab, I maxed out the points for LMG and AR damage.

Keep in mind that this build is for beginners. If you’re a hardcore player, you should consider looking for a build on the Reddit channels.

But, I can assure you this build is effective. And it will keep you alive when playing solo PVE content.

Elite Dangerous features a 1:1 scale of our Milky Way galaxy. And that includes our ...
By GandalfTheGamer
14 hours ago