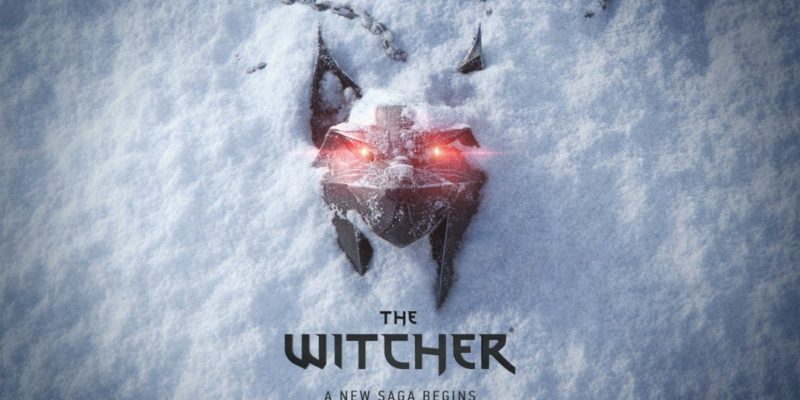 A new Witcher game is officially in the works!

CD Projekt Red, the developers behind The Witcher games, announced that they are working on a brand new Witcher game.

Many news outlets, however, misinterpreted this announcement suggesting that Witcher 4 is in development.

This is clearly not what this announcement is about.

According to the official announcement, the developers confirmed that “a new saga in The Witcher franchise” is in the works.

Note that they used the words “new” and “Witcher franchise”, instead of words like sequel or continuation.

Obviously, most news sites did not understand what this announcement was about and immediately assumed it was Witcher 4.

The global PR director at CD Project had to clarify this via Twitter. And he corrected that the game being developed is not a sequel but a “new saga” in The Witcher franchise. 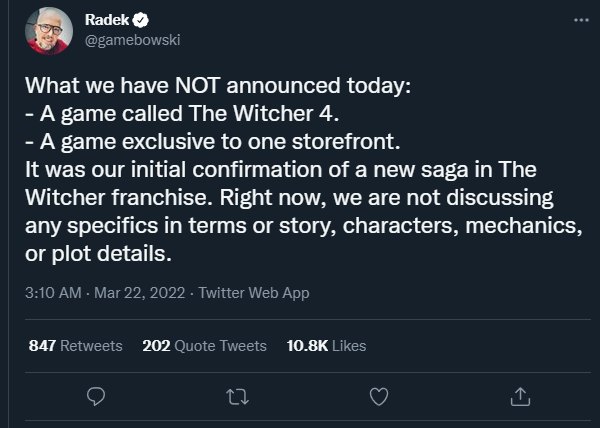 This new game will likely be a brand new story in The Witcher universe, possibly revolving around a character like Ciri.

Fans of the Witcher series have been requesting a game with a female lead for a while and it may be happening at last.

In the official announcement, devs also highlighted that they’ve made a strategic partnership with Epic Games to use Unreal Engine 5 for the new Witcher game.

“This new relationship with Epic covers not only licensing, but technical development of Unreal Engine 5, as well as potential future versions of Unreal Engine, where relevant. Developers from CD PROJEKT RED will collaborate with those from Epic with the primary goal being to help tailor the engine for open-world experiences, beginning with the development of the next game in The Witcher franchise.”

This part was also misunderstood by many gamers thinking this means the game will be released exclusively on the Epic Games Store.

That’s not true. The statement clearly shows that they only made the partnership to get access to Unreal Engine 5. And they will be helping Epic Games “to help tailor the engine for open-world experiences.”

So it’s a win-win type of partnership between the two companies.

Either way, we’re looking forward to hearing more about this exciting new game.

ELDEN RING: How To Get The Horse (Torrent)