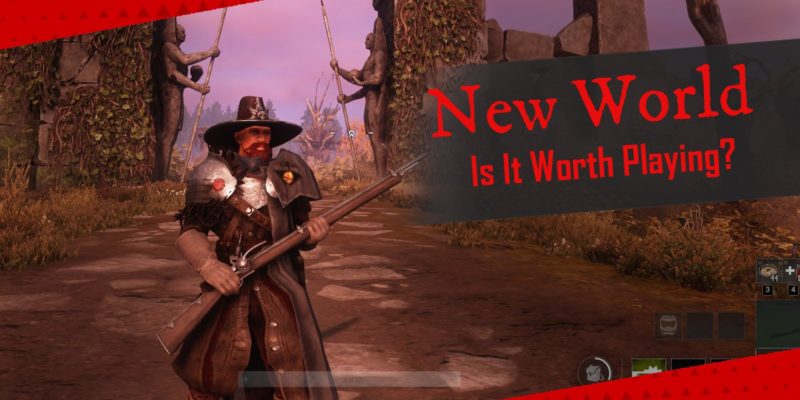 Amazon’s New World was the hottest new MMO in 2021. At launch, the game had almost 1 million concurrent players on Steam.

But over the past few months, the game went on a downward trajectory in terms of its player base.

So if you’re wondering if New World is worth it, you’re not alone.

I also played New World at launch but my experience did not go so well due to my location and server lag issues.

But recently I had a chance to give it a second try during a free play weekend. I absolutely loved playing it so I went ahead and bought the game immediately. Since then, I’ve been playing the game every day.

In this post, I’ll share my experience of playing New World. Hopefully, it will help you make a decision whether New World is worth playing or returning to. 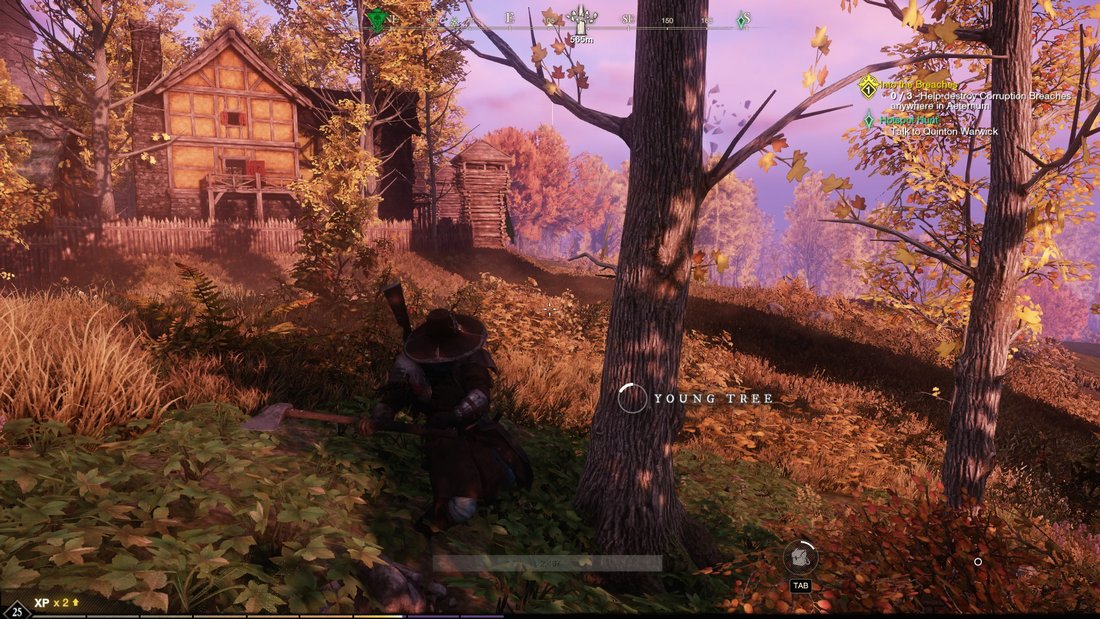 I could talk about the impressive graphics, the huge map, and the fun combat system in New World for hours. But, what I loved the most about New World is its resource gathering system.

New World has the best resource gathering system I’ve seen in an MMO.

Everything from the tree cutting animations to mining, and gathering feels very realistic. And it plays a key role in making this game fun to play for hours.

I managed to put in over 25 hours doing nothing but leveling my trading skills, which are mostly chopping down trees and mining iron. 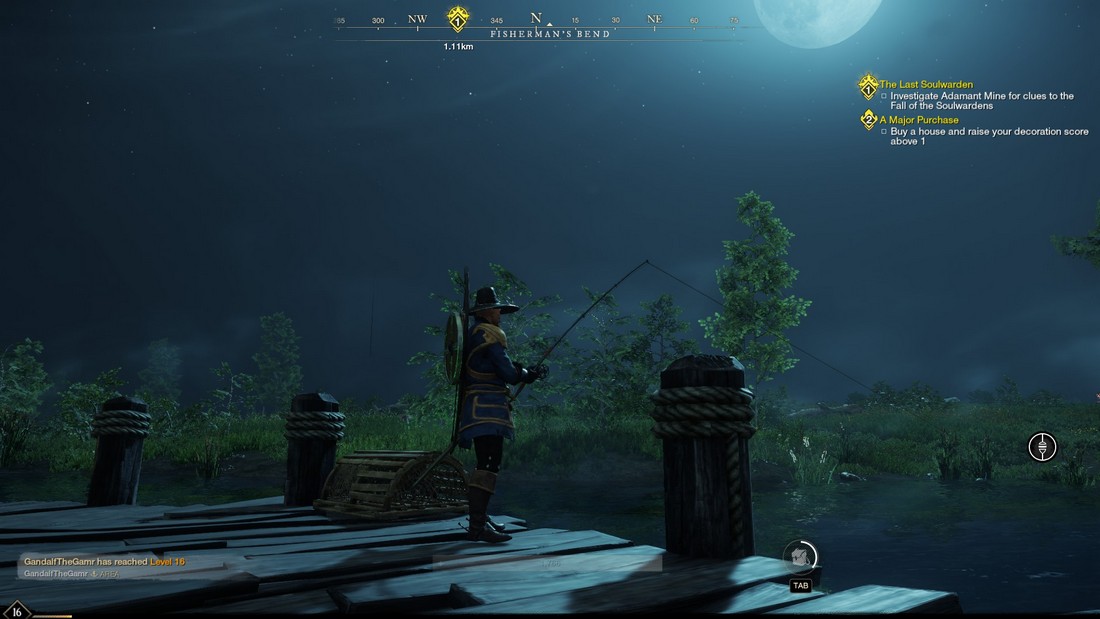 Fishing in New World is also one of the best I’ve seen in an MMO.

And the casting and reeling in systems are also quite fun. The map has fishing spots scattered around to make things even better. 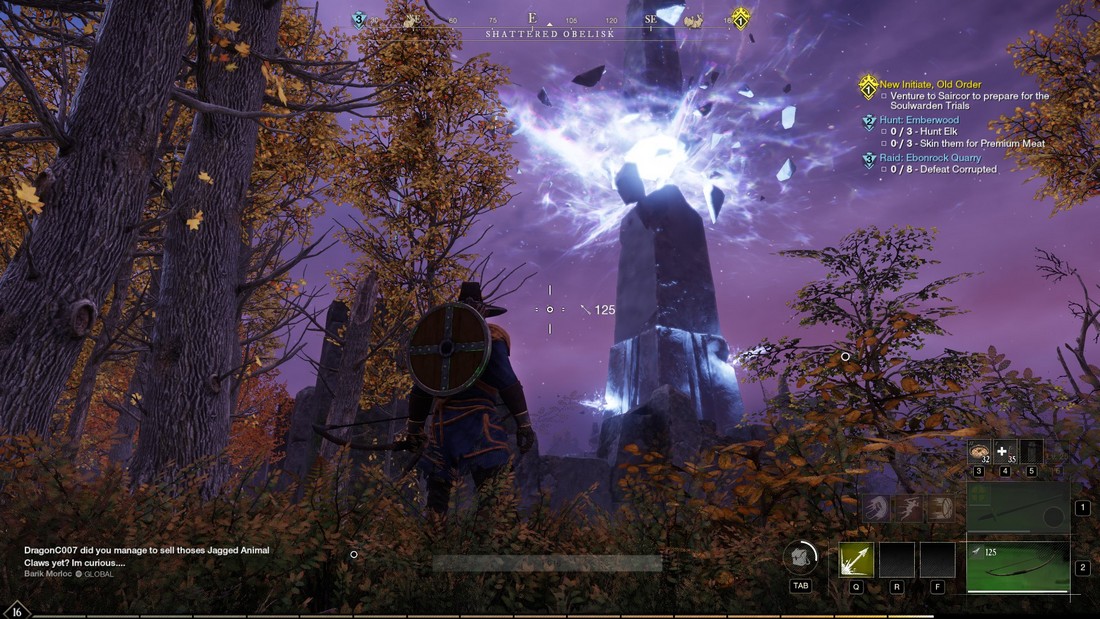 Most of the missions and activities in New World feel the same.

Whether it’s completing faction missions or town board missions, they are usually a mix of the same activities where you have to hunt some animals, cut trees, or kill some skeletons.

But it’s part of why I’ve been enjoying this game so much so far.

Yes, it feels repetitive but I love that grind in MMOs. For me, the most fun part is doing these chore-like daily activities. It feels peaceful cutting down trees and doing the same activities.

So if you’re also into the grind in games, this one will be right up your alley. 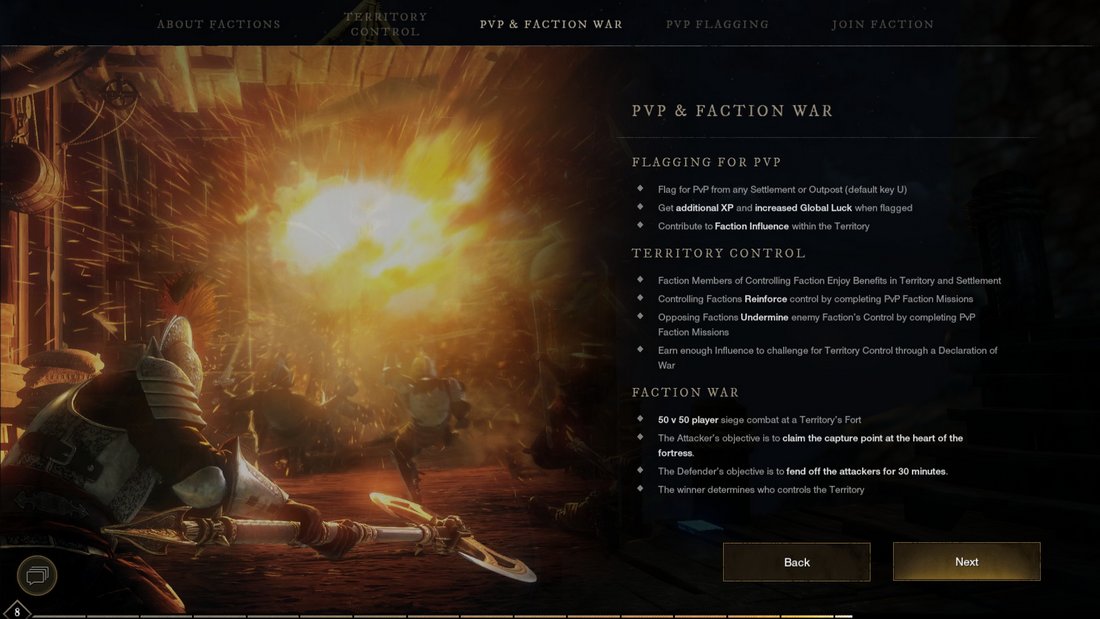 New World was initially designed to be a PVP-focused game but Amazon Studios later changed the approach to add more PVE elements into the game.

But at its core, New World is still more favorable for PVP players.

It has cool faction wars that determine territory control over the map regions.

There are a few more PVP modes, like a 3v3 mode, coming soon to the game as well. 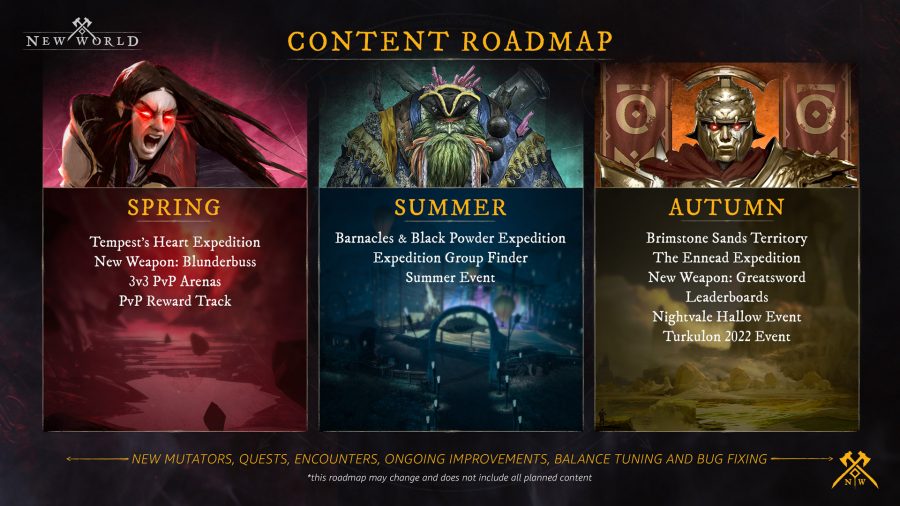 For PVE players, the game has expeditions or dungeons you can do by teaming up with other players.

The devs are releasing updates for the game every season. And I believe more content will be added to the game in the near future for both PVE and PVP players.

This is a question and a statement that I see a lot. 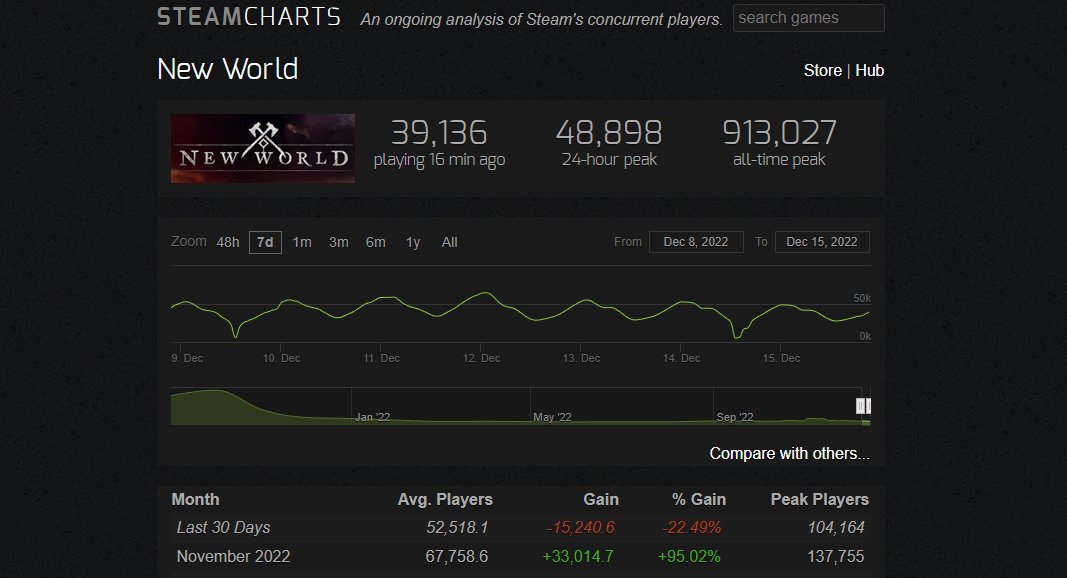 New World has around 50K average players on Steam right now, according to Steam Charts.

And it’s understandable for anyone to assume New World is dead when it went from 900K players to 50K within a few months.

But 50K is actually a healthy player base to have for a new MMO. And when the game releases new expansions in the future, more players will join in.

How did the game go from 900K to 50K? Well, there are a lot of different factors at play here.

The main reason is many people tried this game with high expectations and hoped for a different kind of MMO. Some players also started manipulating the game economy and exploiting glitches.

Worst of all, players started complaining about the lack of content in the game a lot and making the game unappealing to new players.

The truth is New World is a good MMO. You could easily put in 100 hours into the game before you run out of things to do.

What you also need to keep in mind is that this is a fairly new game. So it’s not fair to compare it against games like Elder Scrolls Online or Black Desert, which had years of expansions and updates.

It provided all players a chance to start fresh and level up their characters at the same time.

This was introduced alongside the Brimstone Sands update and it brought in a ton of new players to the game.

I’m hopeful, the game will launch fresh start servers once or twice in 2023 to bring in more new players to the game. Keep an eye out.

As a solo PVE player, I absolutely loved playing New World and I still do.

I especially loved the resource grinding system, cutting trees, hunting rabbits, and then making gold by selling stuff on the market.

It’s a fun game to play when you need a few hours to relax after a long day.

So yes, I think New World is totally worth trying out. The game also goes on sale quite often, so grab it and try it out.