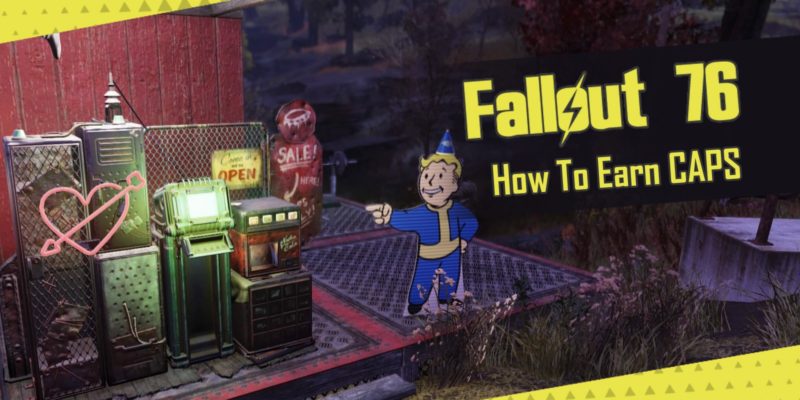 Caps are the in-game currency used in Fallout 76. And it’s one of the most valuable resources in the game.

You need Caps to buy stuff like ammo, resources, and blueprints. Heck, you even need caps to fast travel in Fallout 76.

As a result, it’s fairly common to run out of Caps while playing Fallout 76.

So, in this guide, I’ll show you a few ways you can earn Caps fast in Fallout 76 without having to spend any real money. 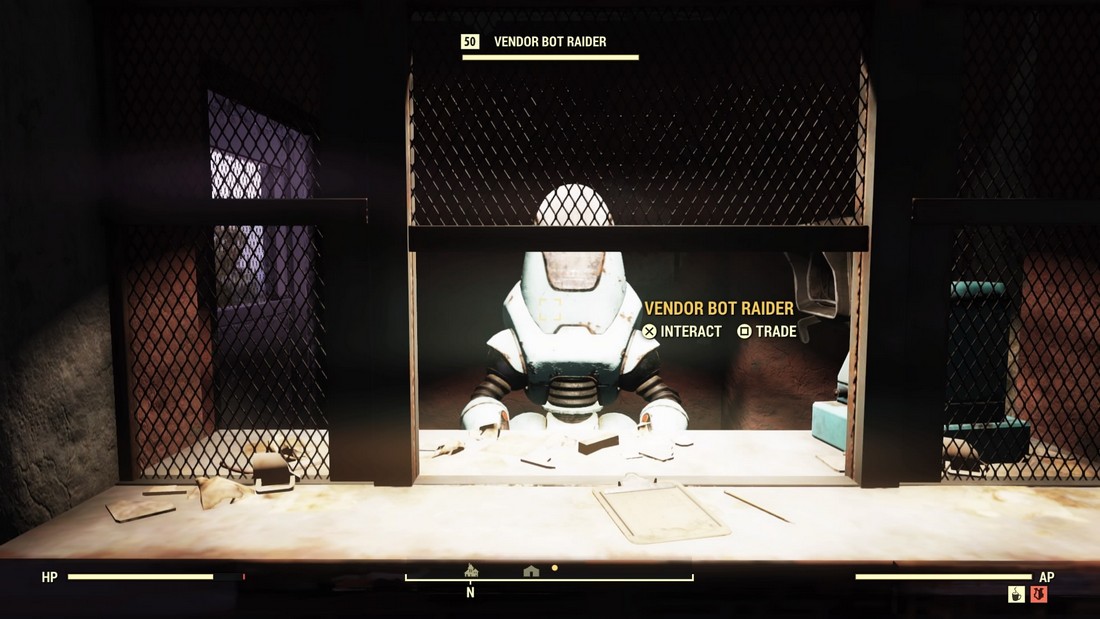 One of the fastest ways to earn Caps in F76 is to sell stuff to NPC vendors.

NPC vendors can be found throughout Appalachia and they will buy most junk and other resources for a good amount of Caps.

For example, one of the best resources you can sell to vendors is Purified Water. Vendors buy them for 3 Caps each. Or 5 Caps when you equip the Hard Bargain perk.

If you can setup a few water purifiers in your base, you’ll be able to generate a lot of Purified Water free of charge every few minutes. You can sell them to vendors to earn some caps fast.

Or you can do a loot run. Here’s what I normally do. 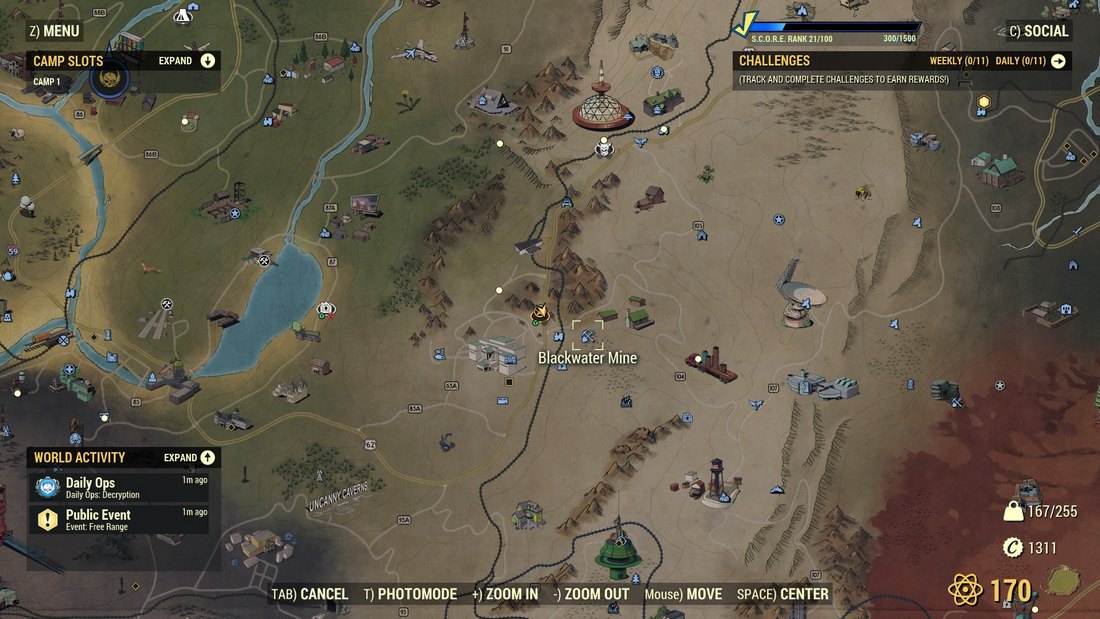 First, find a good location with plenty of enemies. The Blackwater Mine is a great spot as there are lots of Mole Miners here, who hold rocket launchers and shotguns.

Kill them all and loot their weapons. Walk all the way back to the Train Station right below the Blackwater Mine and sell all the looted gear to the NPC vendor. 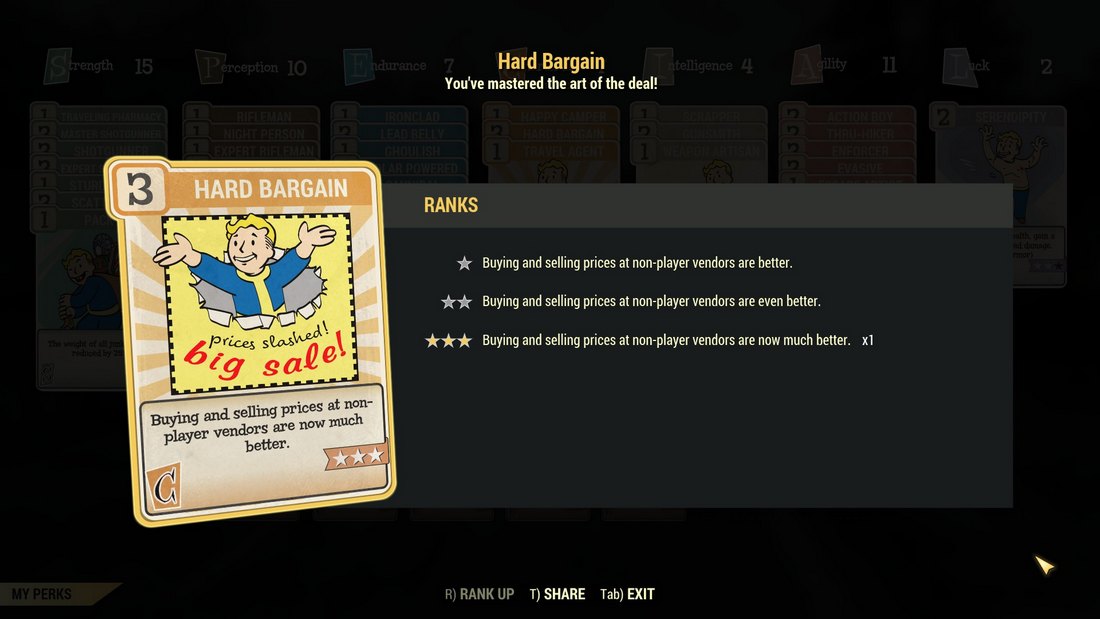 Again, remember to equip the Hard Bargain perk to get the best value for your goods. With the perk equipped, I was able to make around 260 Caps in just under 15 minutes. It’s not a lot but I had fun doing the loot run and that’s what counts.

Once you clear out the Blackwater Mine, log out of the server and log back in. The enemies will respawn and you can start the cycle all over again.

Of course, the most obvious way to earn Caps is to setup a shop at your base and sell stuff to other players. 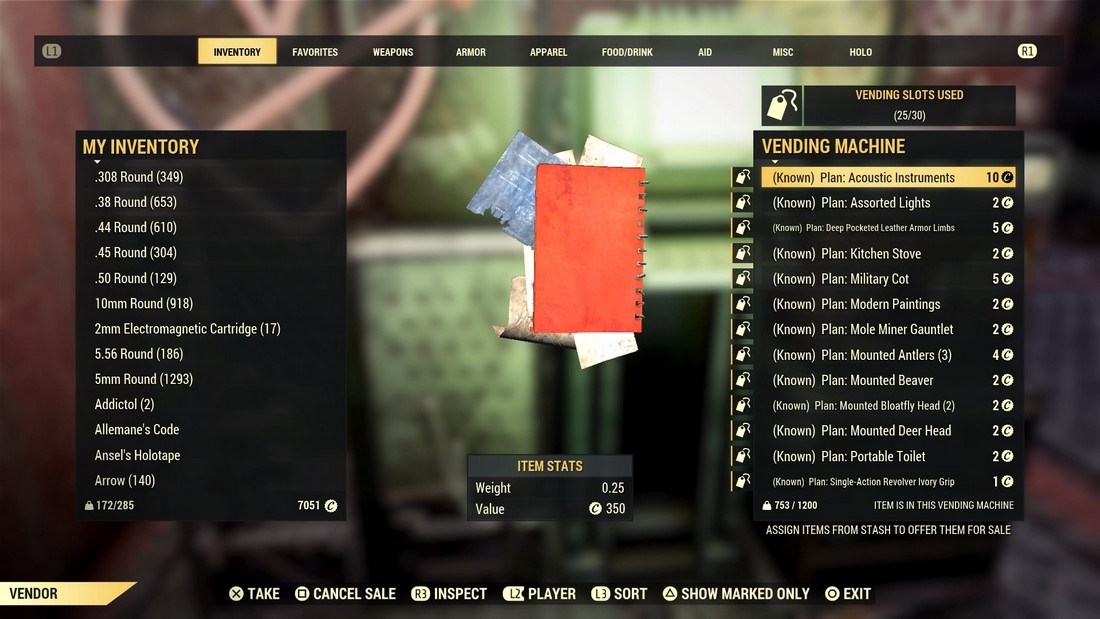 With this method, you can charge higher prices from players when selling high-quality items like Legendary weapons.

I came across player-run shops that sell weapons and armor for as high as 2000 caps each.

However, selling such items will take a long time. You will have to wait for players to come and buy from your shop. You can also promote your on-sale items on Reddit too.

I managed to earn a lot of Caps and even Atoms for free while progressing through the Season Pass. 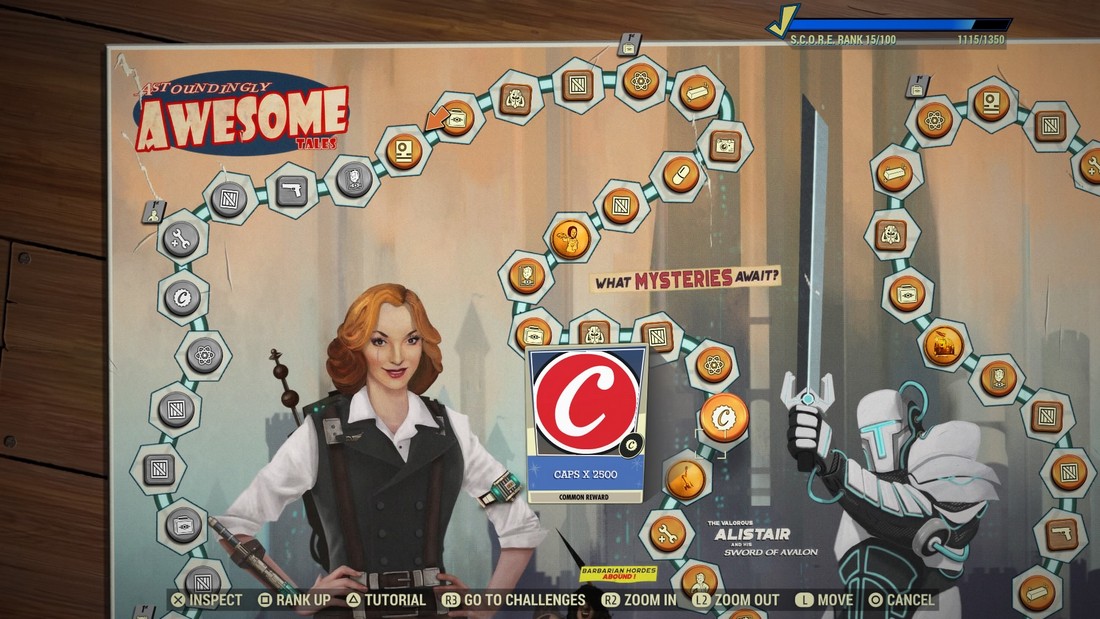 It’s a common reward in the Season Pass where you can earn 2500 Caps each time. If you regularly play Fallout76, be sure to complete the tasks to earn SCORE and unlock Seasons rewards.

Doing daily missions is another good way to earn Caps. 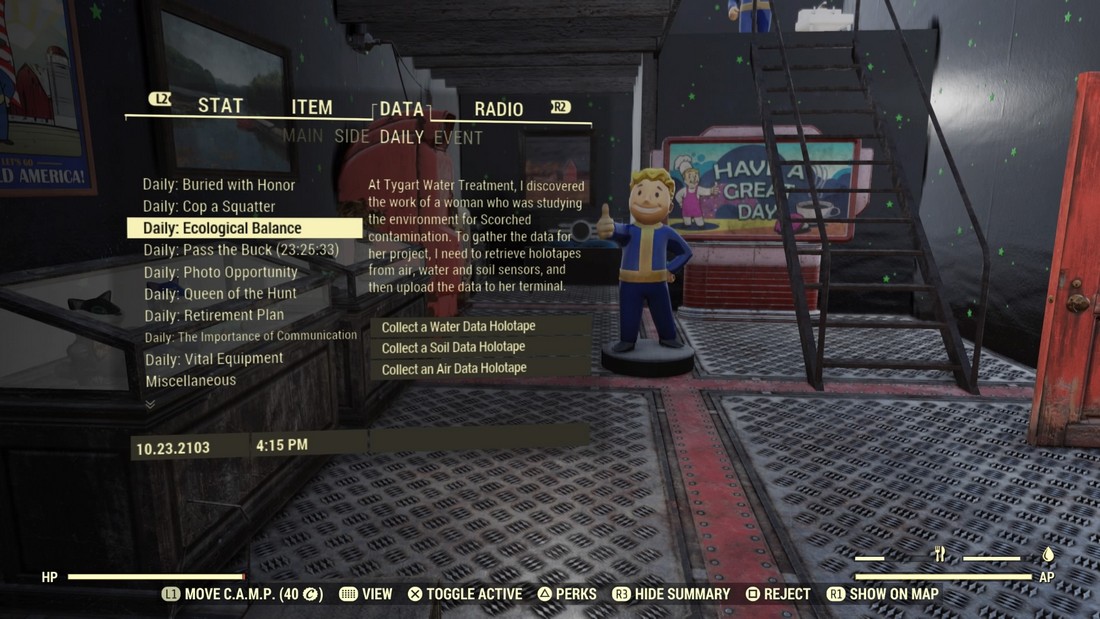 Completing a daily mission could earn you somewhere between 40 to 70 Caps. It’s not much but it can be a good bonus if you do the dailies anyway.

Some of the Daily missions are very easy. For example, for the Sweetwater mission, you only need to bring him some Honey to complete the task.

You can also earn a few Caps here and there when exploring Appalachia.

You’ll find a few Caps laying around when exploring buildings as well as when looting dead bodies.

There are also achievements in the game that reward you Caps for doing random things. So be sure to check those out or Pin those missions to complete while you’re out and about.

Most guides will show you ways to manipulate glitches and bugs to farm more Caps and other resources.

But for me, that ruins the fun. The grind is the fun part and I enjoy it a lot. That’s why most of the tricks I’ve listed here involve a lot of work. It’s not the destination but the journey is the fun part.

If I come across more ways to earn money in F76, I’ll surely update the post in the future. Have fun!

Elite Dangerous features a 1:1 scale of our Milky Way galaxy. And that includes our ...
By GandalfTheGamer
15 hours ago