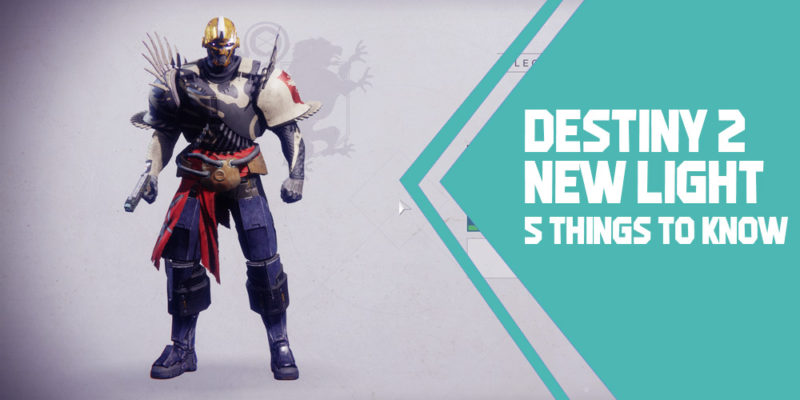 It’s been a while since Bungie announced the big changes coming to the hit game, Destiny 2. Ever since the developer parted ways from Activision, they have been working hard to take the game to the next level.

If you have about an hour and a half to spare, check out the video below for the full announcement stream. Or jump over the video for quick info about the free to play version.

Cross-save is coming to Destiny 2. This means you’ll be able to bring your leveled-up characters to other platforms to play with your friends, finally.
So if you happen to play the game on Xbox or PlayStation, but you have all your friends playing the game on PC, you can now bring your characters from consoles to the PC version to play with friends.

Destiny 2 New Light is not a demo or a trial version of the game. This free to play version will contain the (almost) complete game and the free players will have full access to all of the areas of the game, including the locations from Forsaken and the upcoming Shadowkeep expansions.

The free to play version will also have all of the content from Destiny 2 Year 1 expansion available free of charge. This means the basic campaign and story missions will be available to all free players to learn how things work in the game.

Bungie also revealed plans to include a remake version of the first tutorial mission from Destiny 1 in New Light to further aid new players get a head start.

#4 But, It’s Not Completely Free

Even though Destiny 2 New Light gives players access to all locations, it’s not completely free. Players still have to buy the expansions separately, if they want to play the campaign and story missions from Forsaken and Shadowkeep.

Other cool parts of the game, such as dungeon missions and raids will also be only available to players holding the expansions and the annual pass.
They have to make money somehow, right.

The other big news that came from the announcement was the game’s migration to Steam. Starting from September 7, Destiny 2 will no longer be available on Blizzard’s Battle.net app.
The game will be available on Steam. If you already own the game and expansions, everything will be transferred over to Steam. You don’t have to buy them all over again.

Big changes are coming to Destiny 2. The free to play version and the new expansion, Shadowkeep launches on September 7.

Dead Cells Review: A Game You’ll Play Over And Over Again

GRIM DAWN Review 2019: This ARPG Is The Perfect Diablo 3 Alternative