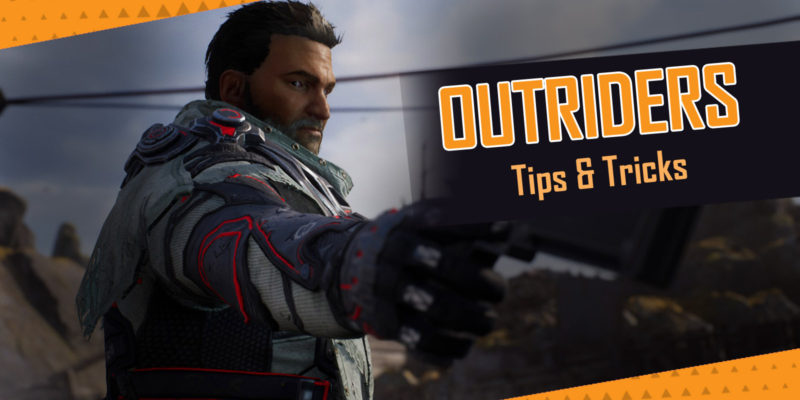 With the new Worldslayer expansion out, now is the perfect time to jump back into Outriders.

Surviving the Outriders campaign is a challenge of its own. This game can be really tough at times.

But, if you know the right tricks, surviving in Enoch is not that difficult. And progressing through the campaign will be much easier.

In this guide, I share some of the lessons I’ve learned playing the new looter-shooter. These Outriders tips and tricks are for getting you through the campaign. Not for the endgame Expeditions.

Whether you’re a returning player or leveling up a new character, these tips will help make your playthrough much easier.

If you’ve bought the Worldslayer expansion, you’ll get an option to create a new character and boost it to level 30. This way, you can jump right into the new Worldslayer campaign.

But I would highly recommend you to play through the main campaign at least once to understand the story and the gameplay.

Plus, it’s more beneficial to level your character the traditional way as it allows you to unlock mods, which are crucial to your build.

After going through some of the first tutorial missions, you’ll get your powers and have the option to choose your class. 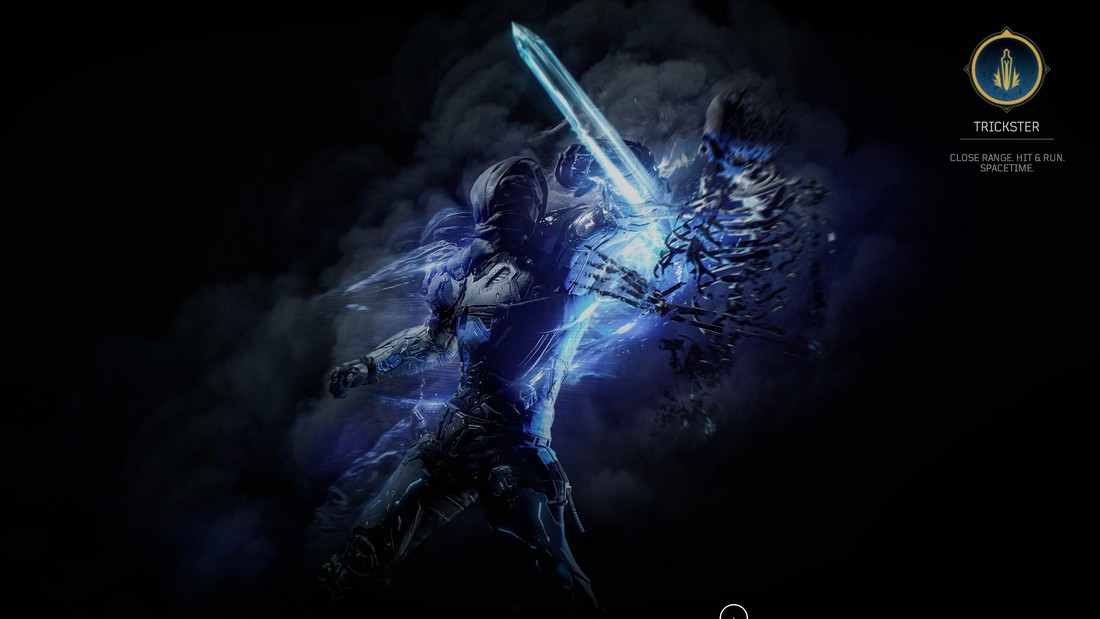 I went with Trickster for my first playthrough and absolutely loved it.

Trickster has the best abilities and skills for crowd control and plowing through enemies like cutting butter with a hot knife.

Some of the Trickster skills offer heavy damage buffs. With the right build, you can take down bosses without a sweat.

Trickster can be very squishy at times so it will lower your survivability by a little bit. However, I can guarantee you’ll have more fun playing this character. Use my Trickster build to make a cool glass cannon build.

3. Work On Your Build

Your survivability in Enoch depends solely on your build. 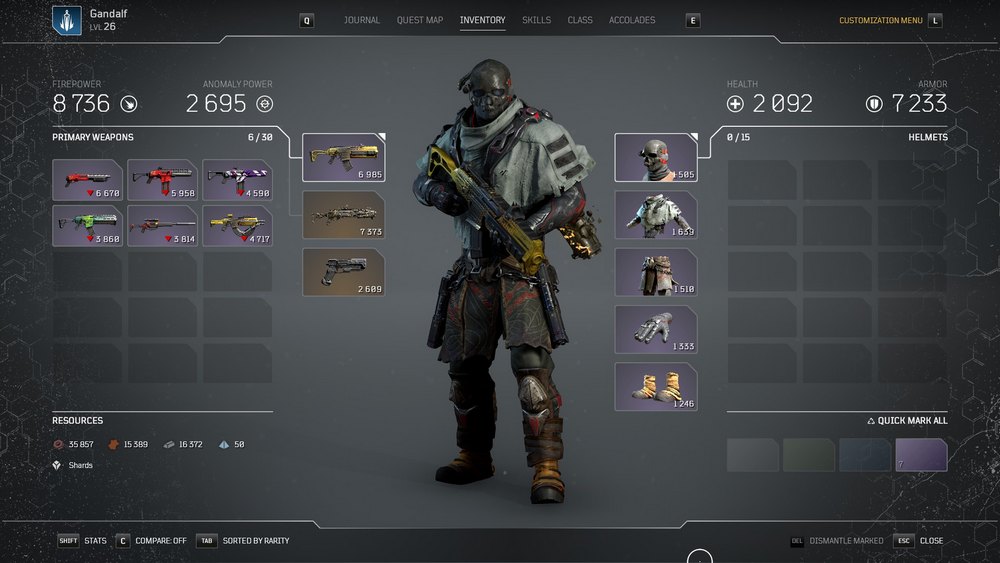 Usually, I recommend not to work on a build until you reach endgame. But in Outriders, you should start a build right away.

Your gear and weapon mods combinations are the key to beating enemies as you level up.

If you pick Trickster, check out my Trickster build guide to start working on your build.

Make sure to upgrade your gear every time you level up your character.

When your character level up, your enemy levels also increase. So if you still holding low-level gear, you’ll have a tough time beating enemies.

So make sure to upgrade your gear every chance you get.

5. There Are No Medkits

There are no medkits or health potions in Outriders. You only get your health back by beating enemies.

Keep this in mind when you’re on a mission or beating bosses.

Mods are a key element of your build. Remember to always use them. 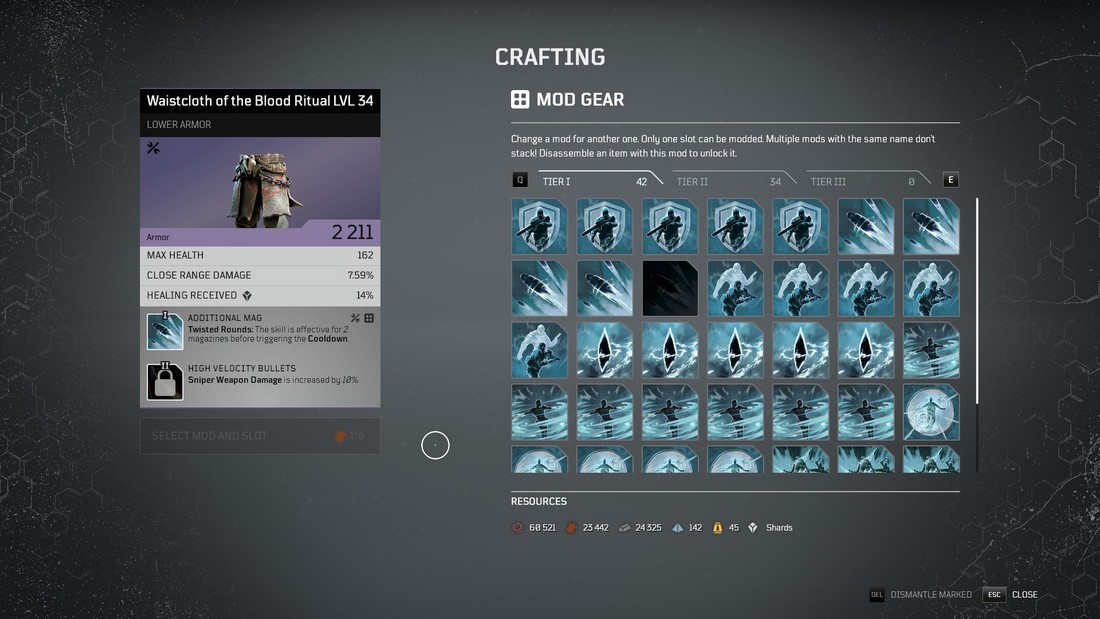 More importantly, whenever you find a weapon or armor with a new gear mod, be sure to dismantle it. Don’t sell it.

Dismantling the item adds the mod to your collection permanently. So you can then add that same mod to any gear item you find.

Note: A small icon with four squares will appear on the top-right corner of the mod if you already have it in the collection. You can sell those if you want.

Go to Options and turn on Autoloot.

This will allow you to automatically loot item drops. Even if you forgot to pick up an item, it will automatically appear in your inventory when you complete the mission.

In addition to leveling your character, you’ll also level up your Apocalypse Tiers. Previously, this was known as World Tiers but after the Worldslayer expansion, it was changed. 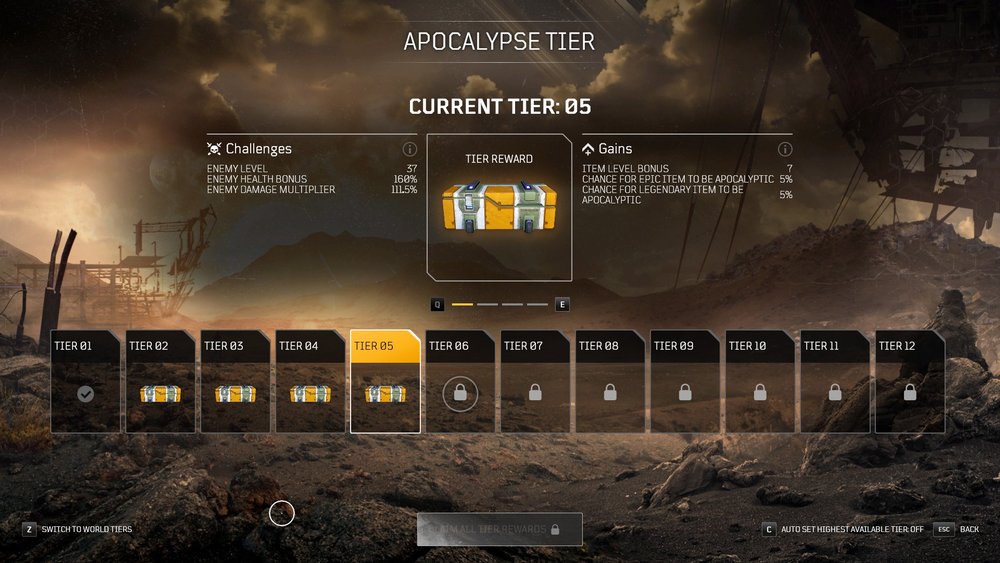 Apocalypse Tiers determines your difficulty level. The higher it gets the more difficult enemies are to beat.

But, higher tiers will also allow you to wield weapons and gear higher than your current character level. As well as get better loot and rewards.

It’s better to always keep your Apocalypse Tier at the highest level but there’s no shame in lowering it when necessary.

9. Lower Your Apocalypse Tiers When Necessary

If you’re struggling to beat a boss or progress a certain mission, just lower your Apocalypse Tier. 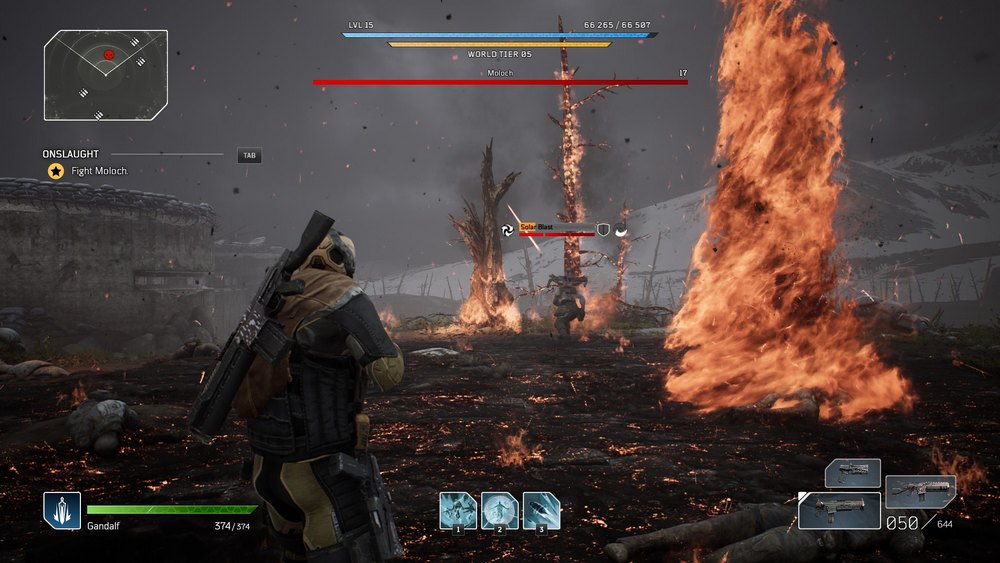 Whenever I got stuck in a boss fight, I often lowered the difficulty and did some side-missions to find better gear before getting back to that mission.

Things can get pretty chaotic in Outriders so sometimes it’s okay to play on easy mode.

Even though Outriders is advertised as a cover-based shooter, the gameplay is far from it.

If you stay in cover even for a few seconds, you will get bombarded with enemy grenades. And snipers will hunt you down.

So plan your attacks in a way to beat enemies without using cover. By the way, my trickster build is perfect for this.

11. You Can Repeat Side-Missions

Side missions are great for leveling up your character as they offer some of the best XP farming locations. 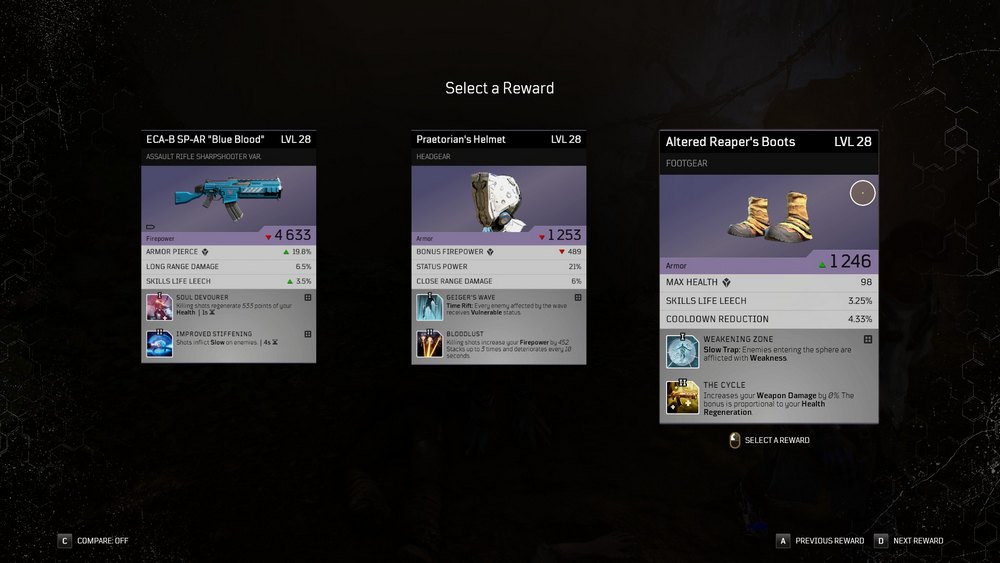 You can repeat any of the side-missions you complete as many times as you like. They also offer a guaranteed reward at the end.

There are a couple of side-missions, like the Outriders Legacy, that rewards a Legendary item the first time you complete it.

Always sell your useless weapons and gear items rather than dismantle them.

Because the money you earn from selling can be used to buy resources from vendors. It’s much easier than farming resources.

Don’t forget to use your melee ability.

It’s a great way to disrupt enemy abilities. As well as to get some breathing room whenever you get blocked by too many enemies.

A great thing about the skilltree, or class tree, in Outriders is that you can reset it without any costs. 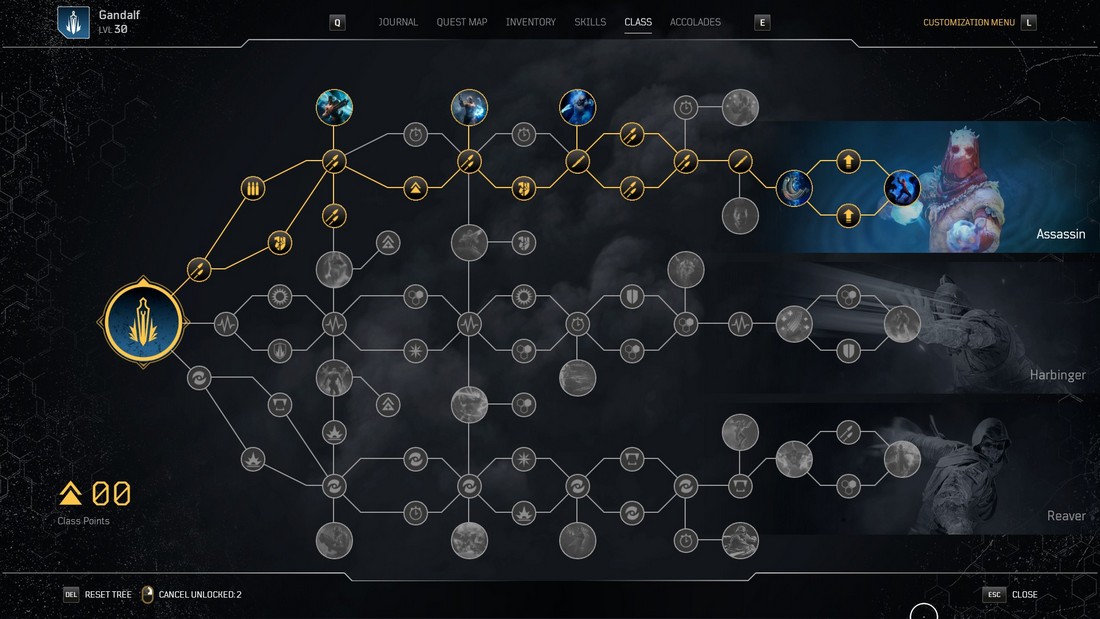 So feel free to reset your skill tree and try different paths that suit your playstyle.

Every time you level up your World Tier, you will receive a reward. Usually, it’s a weapon or a gear item.

Be sure to claim these rewards from your World Tier page.

16. Use Your Powers Often

Don’t save your best powers to use last. Use them as often as you can.

Skills recover very fast in Outriders so you can use them often.

Also, with the right build, you can lower the recovery time as well as increase the time a skill lasts.

The campaign is the best part of Outriders. And I really enjoyed it.

Take your time to enjoy the campaign and complete the side missions.

Don’t rush to the endgame. Endgame is now mostly about co-op activities and expeditions. And they are not that fun if you don’t have any friends to team up with.

I hope these tips will help you in your journey in Enoch. I’ll be sure to update the list with more tips as I discover them.

Is OUTRIDERS WORLDSLAYER Worth Playing In 2022?

Elite Dangerous features a 1:1 scale of our Milky Way galaxy. And that includes our ...
By GandalfTheGamer
53 mins ago