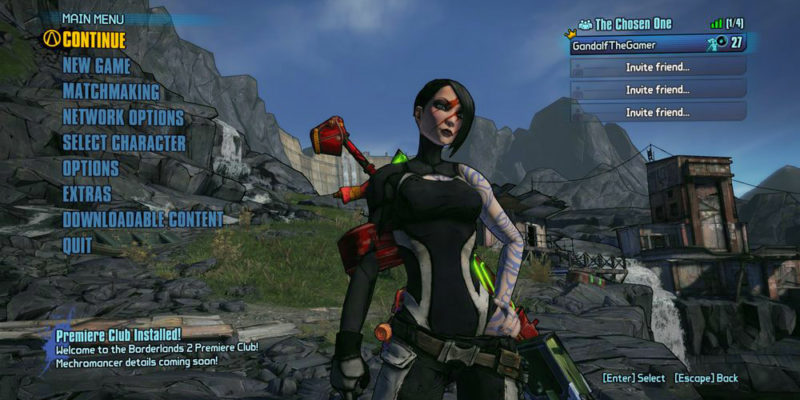 Whether you’re super hyped for Borderlands 3 or just want to play another round of the iconic looter-shooter, there’s never a bad time to play some Borderlands 2.

If you’re like me and came back to the game after a very long time or if you just grabbed a copy of Borderlands 2 from a Steam sale and playing for the first time, you may be wondering which class to choose for your first run of the campaign.

Borderlands 2 has a long campaign that could easily take you around 40 hours to complete even without doing the side quests. And there are some pretty tough baddies you need to deal with along the way.

In my first playthrough, I chose to go as the Soldier class and ended up dying a lot and abandoning the game a couple of times. It’s actually a great class to play as but I had no idea about skill builds at the time and it just wasn’t fun to play that way.

In this new and fresh playthrough in 2019, I decided to play as a class I’ve never tried before. So I made a new character to play as the Siren, referred to as Maya in Borderlands 2.

She has a pretty cool super ability called Phaselock, which immobilize enemies up in the air making them freeze and giving you the opportunity to empty your rocket launchers to beat even the boss enemies pretty easily.

For this reason alone, I recommend that you go with Siren (Maya) for your first playthrough of Borderlands 2. Check out the video below to see Cloud Kill and Phaselock abilities in action.

I also invested some time learning about skill builds and found a cool new tool called Skill Calculator. This tool allows you to plan how you spend your skill points in the game without having to reset in the game each time you want to make a change.

After a few experiments, I found that Cataclysm is the best path to take as a Siren. Mostly because of the Cloud Kill ability, which creates a cloud of corrosive damage whenever you kill an enemy that affects other enemies around them. It’s a pretty impressive ability that can take down enemies really fast.

This is what my skill build looks like so far at Level 27.

Max out Foresight and Helios first. And then a couple of points in Immolate and Chain Reaction to get to Cloud Kill. Then max out Reaper. You can skip Blight Phoenix and get to Ruin skill by spending your points in other skills.

When you have more points to spend, move over to Motion skill tree and get to Converge to make your super ability even more powerful.

I haven’t even reached the endgame content yet and I’m already feeling overpowered. I took down some of the toughest enemies with just a few shots of an elemental handgun.

Another quick tip for beginners, be sure to grab vault keys to get some high-quality weapons. Borderlands Twitter and Facebook pages give out 5 free keys every other week.

When Is BORDERLANDS 3 Coming To Steam?

PATH OF EXILE Tips: Microtransactions That Are Totally Worth It